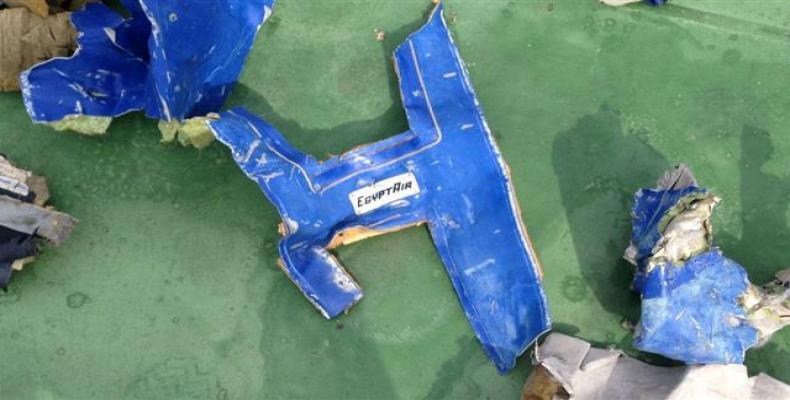 Cairo, May 24 (RHC)-- An Egyptian forensic official says human remains retrieved from EgyptAir 804 crash site point to an explosion on board.  The official is part of the Egyptian investigative team and has personally examined the remains at a Cairo morgue, news agencies reported on Tuesday.

The assessment is based on a small size of human remains found and no traces of explosives have been found yet, he said.  The official spoke on the condition of anonymity because he was not authorized to release the information.

He said all 80 pieces brought to Cairo so far are small and that "there isn't even a whole body part, like an arm or a head."  The official said that "the logical explanation is that it was an explosion."

All 66 people on board were killed when the Airbus 320 crashed in the Mediterranean early Thursday while en route from Paris to Cairo.