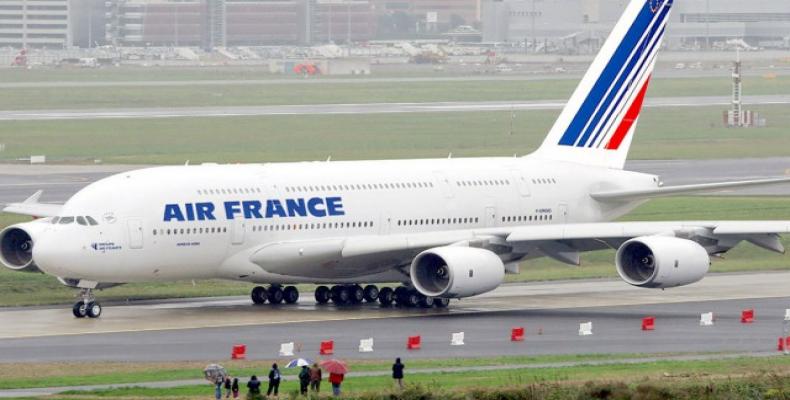 Paris, May 31 (RHC)-- Air France pilots have voted for a strike action in June, potentially affecting the prestigious European football games.  The SNPL, the main pilots' union of Air France, said Monday that pilots had voted overwhelmingly earlier in the day for an extended strike in June.

Emmanuel Mistrali of SNPL Air France, without specifying what day the walkout would begin, said that 68 percent of the pilots voted for the strike, which would last for more than six days to protest cuts to wages.  The industrial action could seriously affect France’s hosting of Euro 2016, which kicks off on June 10.

France has seen a series of extensive demonstrations and walkouts over the past several months in protest at the controversial labor reforms announced by the French government.  A state of emergency has also been in place since last November when terror attacks claimed more than a hundred lives in the capital Paris.

The French parliament extended the measure on May 19 for two more months to cover the Euro 2016 and ensure the safety of more than two million people who are to visit the country during the games.  Millions more are expected to arrive in France for the high-profile Tour de France cycling race, which is set for July 2-24.