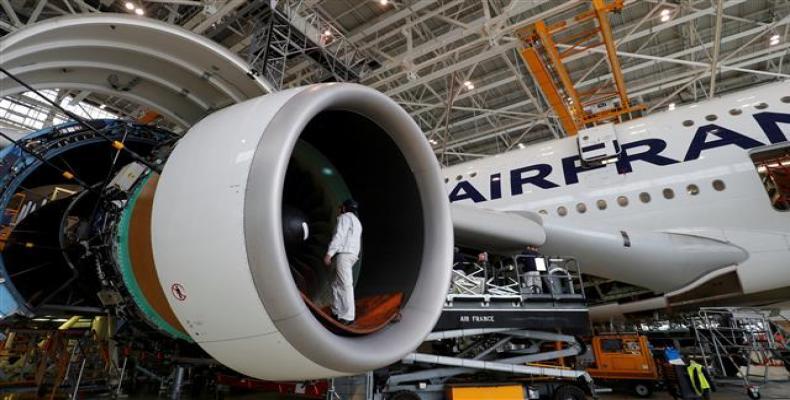 Paris, July 28 (RHC)-- Flight crews at Air France have launched a week-long strike beginning on Wednesday after marathon talks failed on renewing a labor accord on rules, pay and promotions.

The carrier said because of the stoppage, it will have to scrap 30 percent of domestic and medium-haul flights and some 10 percent of long-haul flights at the height of the busy holiday period.  Some 35 percent of Air France cabin crew, which accounts for 13,600 out of 50,000-strong workforce, is expected to join the action that is planned to continue to August 2nd.

The company said flights to destinations in Europe, North Africa and Israel will be affected, as well as some routes in Asia and Africa.  Unions, which represent around half of the strikers, said the strike would go ahead as planned after lengthy negotiations failed to extend the labor accord which expires in October.

Air France wants to limit the extension of the agreement to 17 months, whereas unions insist on extending the accord between three and five years.  The carrier has been on loggerheads with unions for the past few weeks over cutting costs to better compete against lower-cost rivals.

On June 11, about a quarter of pilots in Air France went on a four-day strike, demanding that the government scrap the contentious labor reforms and guarantee better working conditions. The strike cost the airline some $44 million.

Three major pilot unions called another four-day stoppage on June 24 after the airline's management made "very vague promises" in negotiations during the previous industrial action.