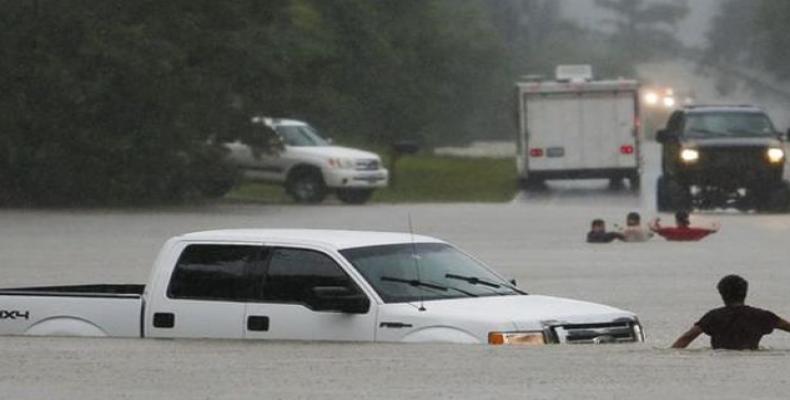 San Antonio, June 3 (RHC)-- At least five U.S. soldiers have been killed and four other army troops swept away by a flood-swollen creek in the state of Texas.  The Thursday accident happened at Fort Hood when an army troop carrier was washed away from a crossing at Owl Creek, the Texas Army post said.

Three soldiers were found dead shortly after their truck was overturned by a swift current of the creek during a morning training exercise.  Two more bodies were found late Thursday night. Three other soldiers were rescued and taken to a hospital.

Parts of Texas have been flooded with rain over the last week, where at least six deaths have been blamed on flooding.  Texas Governor Greg Abbott issued a statement saying the state "stands ready to provide any assistance to Fort Hood as they deal with this tragedy."

This week's storms are the latest in a string of torrential rains since May 2015 that have put swaths of the state underwater.  Other areas of Texas dealing with heavy rainfall include Bexar County, where San Antonio is located.

Meanwhile, the rising Colorado River was expected to cause minor flooding in the coming days around Bastrop and La Grange, cities located southeast of Austin, according to the National Weather Service.