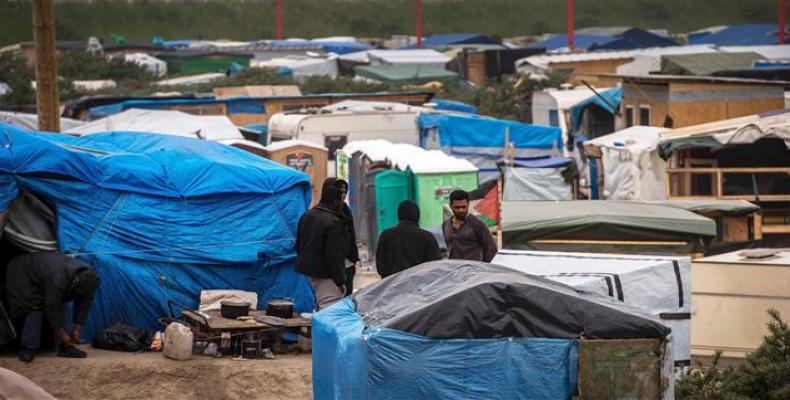 Athens, June 14 (RHC)-- Scores of volunteers helping refugees have been arrested in Greece as the government intensifies its crackdown on asylum seekers hoping to cross the border into Macedonia.

Riot police began Monday to clear a refugee camp along the border with the former Yugoslav republic as reports said around 600 Syrians and Iraqis were ordered out of the makeshift facility, which had been set up around a gas station near the border. The refugees were reportedly transported by bus to a shelter near the northern city of Thessaloniki.

Police also arrested 34 non-Greek volunteers who had been helping refugees in the area with food distribution and other basic needs. They were later released without being charged following identification checks at a nearby police station.

The operation was part of a larger drive by Athens to clear camps along the border of around 3,000 refugees. They are mainly based in three different sites. Authorities managed to clear the largest such facility last month when they closed the Idomeni refugee camp.

The government has been seeking new shelters to house those refugees. Officials said a new site, previously used to store grain, had been modified by the army to house the newcomers.

Around 50,000 refugees are still on the Greek territory despite a deal reached between the European Union and Turkey in March to close the borders. Based on the deal, which has met criticism from rights campaigners and international organizations, all refugees landing on the Greek coast are deported to Turkey.

The United Nations human rights chief on Monday decried a "worrying rise" in detention of refugees in countries like Greece.  Zeid Ra’ad Zeid al-Hussein said that UN experts and staff have observed a worrying increase in the detention of refugees in the hotspots, which he said are “essentially vast mandatory confinement areas which have been set up in Greece and Italy.”