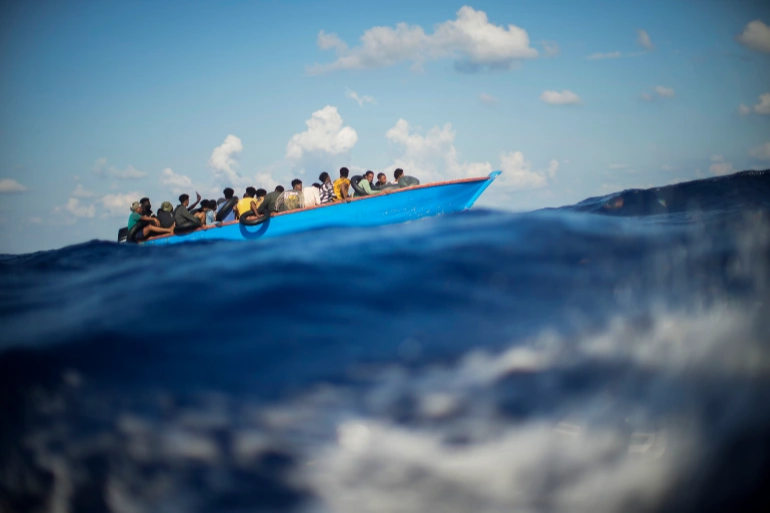 The back-to-back shipwrecks of refugee boats off Greece have once again put the spotlight on the dangers of the Mediterranean migration route to Europe [File: Francisco Seco/AP Photo]

Athens, November 3 (RHC)-- Greece’s coastguard said that it had recovered the bodies of 21 refugees who were travelling on two boats that sank earlier this week.  Twenty bodies were found near the island of Evia on Wednesday, a day after a sailboat believed to be carrying nearly 70 people sank in stormy seas, a coastguard spokeswoman told AFP.

Another body had also been recovered on Tuesday in a separate accident off the Greek island of Samos, where a dinghy from the Turkish coast capsized with 12 people on board.   More than 30 people are believed to be missing in the Evia incident, with another seven missing in the Samos sinking. Earlier on Wednesday, the coastguard had confirmed 14 deaths.

Greece, Italy and Spain are destinations for people fleeing Africa and the Middle East in search of safety and better lives in the European Union.  More than 20 people also died in October in two refugee shipwrecks near the islands of Kythira and Lesbos.

The Greek coastguard has said it rescued about 1,500 people in the first eight months of the year, compared with fewer than 600 last year.

Greek officials have said people smugglers now often take a longer and more perilous route south to bypass EU patrols in the Aegean in a bid to reach Italy.  Greek Migration Minister Notis Mitarachi said this week that it was nearly impossible to monitor the “thousands” of vessels sailing in international waters south of Greece.

“In 2021, around 80 percent of [migrant] departures from Turkey went straight to Italy,” Mitarachi told Parapolitika radio.

The International Organization for Migration has recorded nearly 300 dead and missing refugees in the eastern Mediterranean this year, including 22 children.   In 2021, the recorded figure was 111.