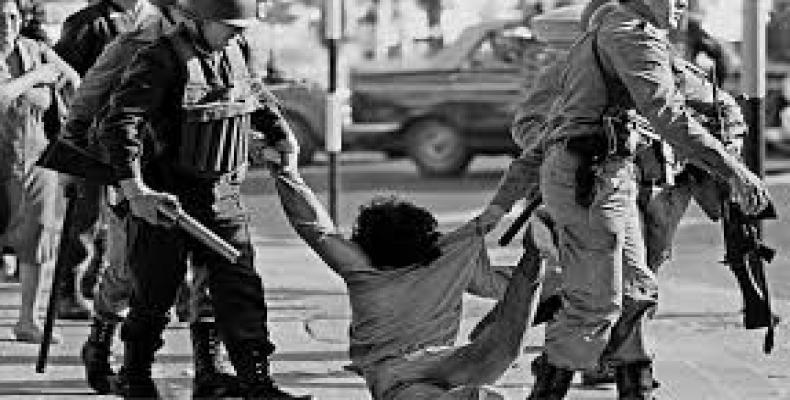 Washington, December 14 (RHC)-- The administration of Barack Obama has released a CIA report on Operation Condor, the 1970s covert efforts to rid U.S.-backed dictatorships of progressive opponents or to topple progressive governments outright in South America.

According to a press release announcing the documents, the National Security Archive — an independent non-governmental research institute and library in Washington, D.C. — said the CIA disclosures are among 500 pages on repression in Argentina during the military dictatorship in that country beginning in 1976.

According to the archive, another proposal under study included "the collection of material on the membership, location, and political activities of human rights groups in order to identify and expose their socialist and Marxist connections."  Similar data reportedly are to be collected "on religious and Third-world groups,” the documents state. Amnesty International was one of the groups named in the documents.

One of the documents highlighted by the archive was a National Security Council summary of the torture of Argentina's Alfredo Bravo, president of the Permanent Assembly for Human Rights.  President Jimmy Carter’s National Security Advisor, Zbigniew Brzezinski received the report from his top aide for Latin America, Robert Pastor, detailing the torture by the military of Bravo.

The State Department’s Bureau of Intelligence and Research reported that “six Southern Cone nations" which were “participants in a counterterrorist network codenamed ‘Condor’” have agreed “to undertake the liquidation of Latin American” targets “living in France,” noted the archive in its statement. Dispatching hit teams to London was also under consideration.

The first round of declassified documents was released in August 2016, followed by the latest drop by the Department of National Intelligence on their website.  According to the archive, more files will be released as they are declassified even after Barack Obama leaves office.

Carlos Osorio, director of the Southern Cone documentation project at the National Security Archive said: “With the release of this revealing documentation, President Obama has advanced the cause of human rights in Argentina and elsewhere.”