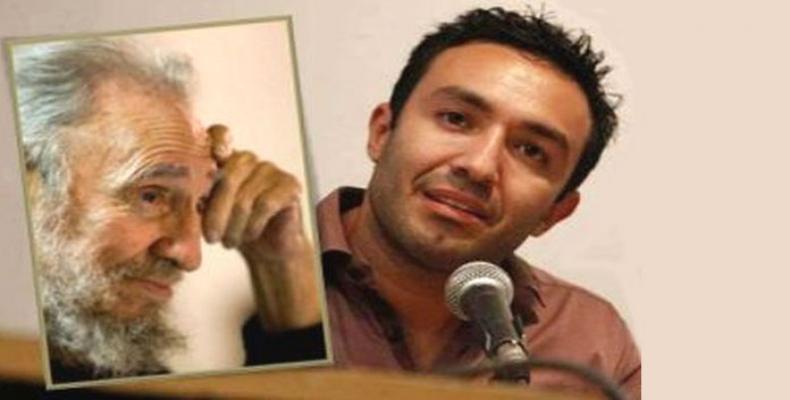 Paris, October 11 (RHC)-- French intellectual Salim Lamrani presented his latest book entitled “Fidel Castro: Hero of the Dispossessed,” about the historic leader of the Cuban Revolution, at the headquarters of the United Nations Educational, Scientific and Cultural Organization (UNESCO) in Paris.

During the book launching, the French author highlighted the historic significance of Fidel Castro to Cuba, Latin America and the Third World, where he is considered a symbol of resistance to oppression and a champion of the people's aspirations of independence, sovereignty and self-determination.

Lamrani recalled that Fidel Castro was born into a wealthy family from the eastern Cuban region, but he gave up his class privileges to defend the voiceless, those traditionally ignored, marginalized and abandoned to their fate by the powerful elites.

Author of several books about Cuba, Salim Lamrani defined Fidel Castro as the architect of national sovereignty, a promoter of social reforms and an internationalist who has always extended a hand to other peoples in need the world over.

The title page of the book includes a picture of Fidel Castro taken by Cuban photographer, Roberto Chile, and a preface by the director of Le Monde Diplomatique in Spanish, Ignacio Ramonet, who wrote that Lamrani's book 'is an exciting look at one of the greatest figures of the 20th century.'