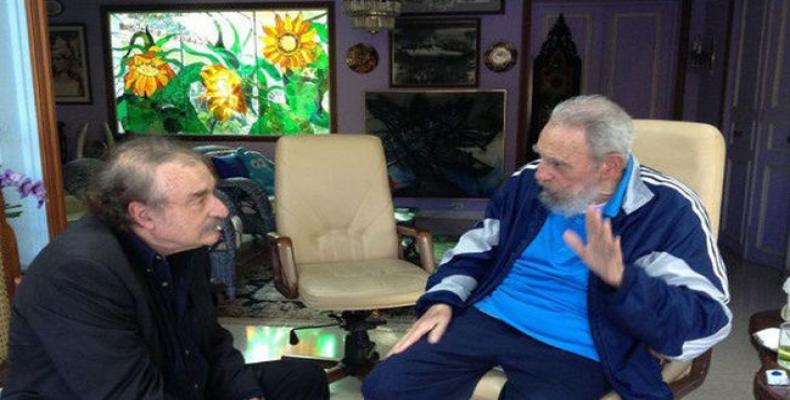 Paris, November 27 (RHC)-- “Fidel Castro was a defender of the dignity of Cuba, and of all of Latin America,” said prestigious Spanish-French intellectual Ignacio Ramonet, who expressed profound sadness over the demise of the Cuban revolutionary leader.

"Fidel has been an exceptional man for all of us. These are days of mourning, of profound grief. His death is certainly terrible news,” Ramonet told Prensa Latina news agency.

The journalist and writer went on to say that Fidel's followers have to honor his legacy, particularly his sense of dignity and his revolutionary spirit."

On reactions from around the world to Fidel's death, Ramonet said  he was impressed by the countless messages of condolences sent by leaders around the globe. “Both, progressive and conservative politicians alike have acknowledged Fidel's exceptional stature as a statesman and world leader. Fidel belongs to a generation of political giants that no longer exists,” Ramonet affirmed.

Upon learning of Friday's passing of Fidel Castro, in France there have been countless expressions of sadness and grief, from the country's top authorities to ordinary citizens.

Saturday evening, hundreds of French citizens, Cuban residents, Latin Americans and nationals from other countries gathered in front of the monument built in Paris in honor of Latin American independence hero Simon Bolivar to pay tribute to the late Cuban revolutionary leader.

Ramonet stressed that similar initiatives to show solidarity with Cuba and the Cuban people in this time of grief are taking place in other parts of France and across Europe.