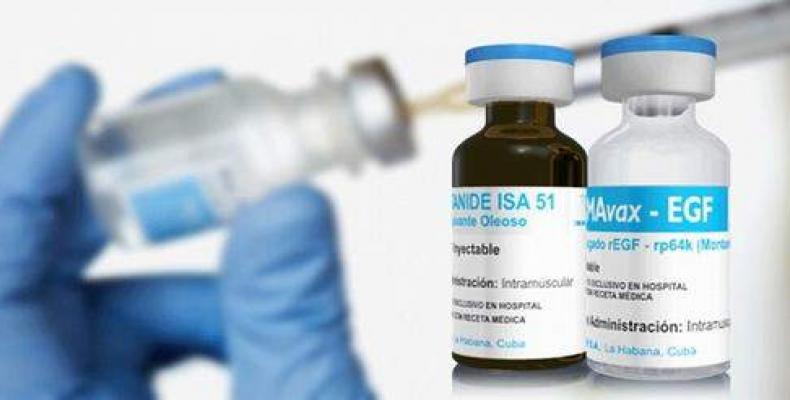 Cienfuegos, December 21 (RHC)-- The Cuban medication CIMAvax-EGF against advanced lung cancer has begun its final stage of clinical trials in the province of Cienfuegos.

Developed by the Havana-based Molecular Immunology Center, the Cuban vaccine is the first registered therapeutic treatment of its kind that generates antibodies against the patient's epidermal growth factor (EGF).

The antibodies generated by the drug inhibit and stop the proliferation of tumor cells, thus stabilizing the pathology, increasing survival and ostensibly improving the patients' quality of life.

Clinical trial lead researcher Yoana Herrera Leyva said that the aim is to assess the response of patients to high and normal doses of the vaccine, in order to customize the treatment.