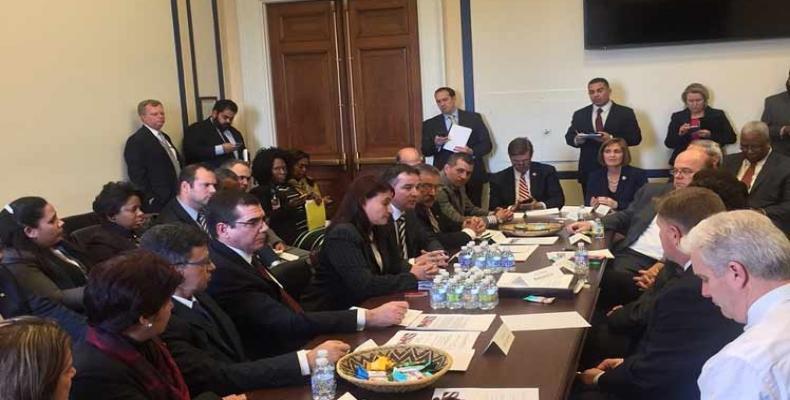 Washington, February 3 (RHC-PL)--  The Cuban business delegation that is in the U.S. on an official visit has signed a Memorandum of Understanding (MOU) with the Port of Mobile, in the State of Alabama.

The MOU was in the framework of a conference with the American Association of Port Authorities.

Cuba's ambassador in Washington José Ramón Cabañas posted the information on his Twitter account, and also published some photos taken during the signing ceremony in Tampa, Florida. The new document provides also for strengthened links between the Port of Mobile and Cuba´s Mariel Port.

The Cuban ambassador thanked the president of Alabama Port Authority, James Lyons, and said that he considered him a leader in strengthening bilateral relations with Cuba.

Mobile Mayor, William Sandy Stimpson highlighted the great opportunities for exchanges with Cuba during a trip to the island in May of last year, and called for an end to current trade restrictions under the U.S. blockade.

According to the Cuban Foreign Ministry, Alabama is a pioneer in U.S. trade with Cuba.