President of Ireland Arrives in Havana for Official Visit 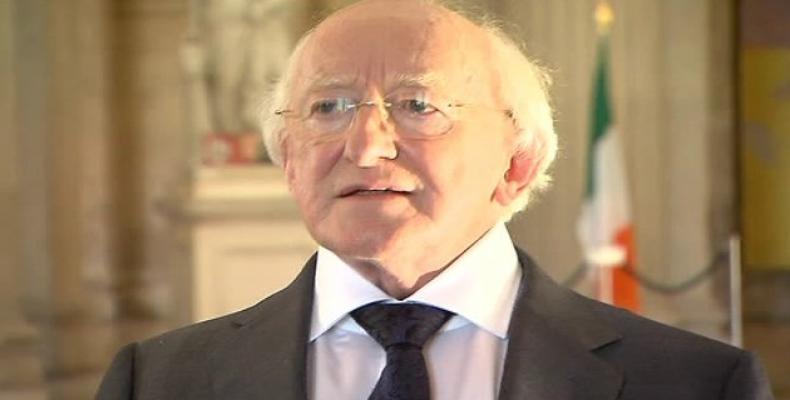 President Michael D Higgins' Cuba visit is part of a 12-day Latin American tour that has taken him also to Peru and Colombia.

The visit is the first by an Irish President in office to each of the three countries at the invitation of their heads of state.

During his stay in Cuba, the distinguished visitor will have a packed agenda that includes talks with President Raúl Castro and other Cuban authorities about bilateral relations between the two countries, as well as issues relating to regional cooperation in Europe and Latin America.

Other activities include a tribute to Cuban National Hero José Martí at Havana’s Revolution Square, a tour of Old Havana and his attendance at the Havana International Book Fair, in which Ireland is participating for the first time.

On Friday, the Irish president is scheduled to deliver a keynote address at the bi-annual gathering of university academics from Ireland, South America, Spain and North America, in partnership with the University of Havana, which will, for the first time ever, hold sessions in Cuba.

About the current Latin American tour, a spokesman of the Irish government said that in addition to celebrating the deep historic connections between Ireland and Latin America, it seeks to boost political, cultural and economic ties with the region.