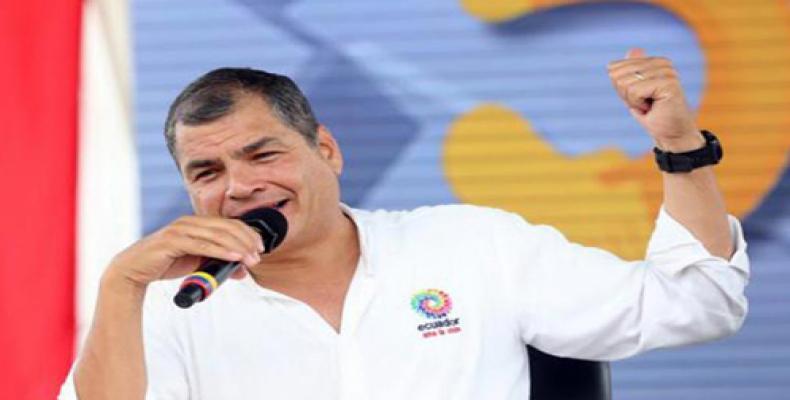 Havana, May 3 (RHC)-- Ecuadorian President Rafael Correa arrives in Havana Wednesday for an official visit, during which he will hold talks with his Cuban counterpart Raúl Castro.

During his stay, President Correa will be presented with the José Martí Order, Cuba's highest distinction granted by the Council of State.  The University of Havana will also grant the Ecuadorian president an honorary doctorate.

Rafael Correa's presidential term concludes on May 25th.  He will be succeeded by President-elect Lenin Moreno, also from the ruling  Alliance País Party.