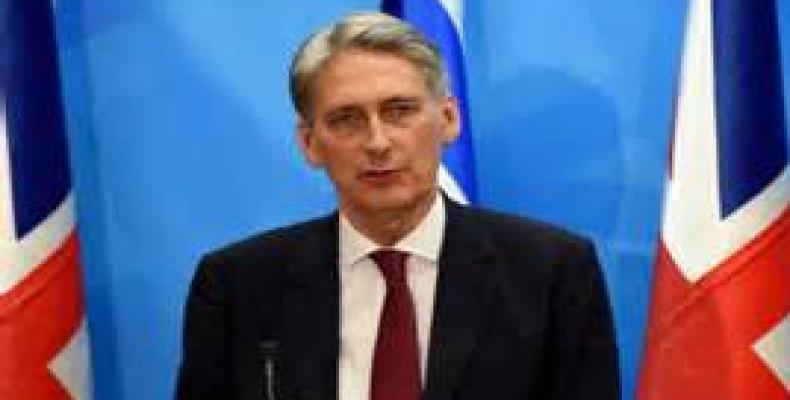 Havana, April 28 (RHC)-- Philip Anthony Hammond, Secretary of State for Foreign and Commonwealth Affairs of the United Kingdom of Great Britain and Northern Ireland, arrives in Cuba Thursday for an official visit.

During his stay, Philip Hammond will fulfill a packed agenda that includes talks with Cuban officials, including his counterpart, Foreign Minister Bruno Rodríguez.

The British foreign secretary is expected to sign a memorandum of understanding covering engineering, higher education and culture. He is also expected to cancel debt accumulated by Cuba, this after last year's agreement between the Caribbean state and the ‘Paris club’ of the world’s richest nations.