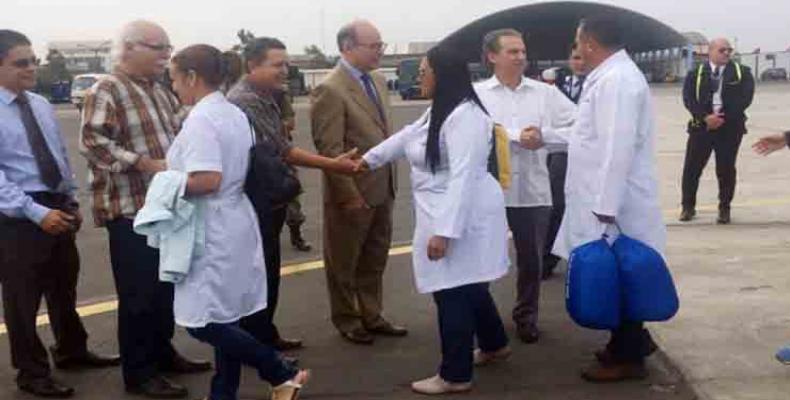 Havana, April 3 (RHC)-- Persistent downpours and floods, garbage and rubbish accumulation, and the emergence of diseases like dengue and zika have made the epidemiological situation in the Peruvian city of Piura even more complex, as a contingent of Cuban health professionals began offering their services to the affected population over the weekend.

Cuban doctor Enmanuel Vigil, a member of the contingent, wrote on facebook that they have also detected cases of Leptospirosis and Hemorrhagic Conjunctivitis.

Doctor Vigil said that they held a working meeting with local health authorities, during which the decision was made to form five teams, comprised of Cuban and Peruvian doctors, nurses and experts in hygiene and epidemiology. The teams are now moving to rural areas, where the situation is even more complex.

Peruvian authorities have declared the country's northern region  a state of emergency, due to heavy rains and floods over the past several months, associated with the El Niño weather phenomenon.

Since its creation in September, 2005, by Cuban Revolution leader Fidel Castro, twenty-two contingents of the Henry Reeve Brigade, for a total of 7,254 health professionals, have traveled to 20 nations the world over to offer their specialized services, including twice to Haiti and Chile.

Cuba's Henry Reeve Brigade was recently awarded with the Doctor Lee Jong-wook Memorial Prize, granted by the World Health Organization (WHO), in recognition for their significant contribution in the field of public health.