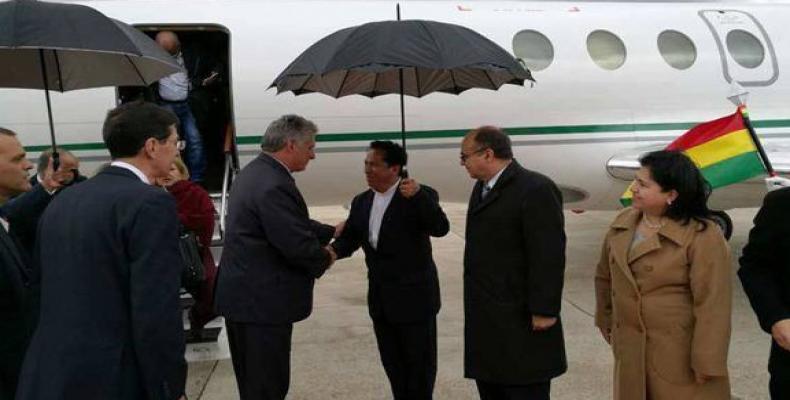 Díaz-Canel and his delegation toured the Samaipata archaeological site. They visited also the Fosa de los Guerrilleros, where the remains of the only female member of Che's guerrilla forces, Tamara Bunke (Tania la Guerrillera), were found, along with those of other fellow guerrilla members.

Díaz-Canel's four-day official visit to Bolivia was to strengthen economic and trade ties between our two countries, as well as honor Che on the 50th anniversary of his death.