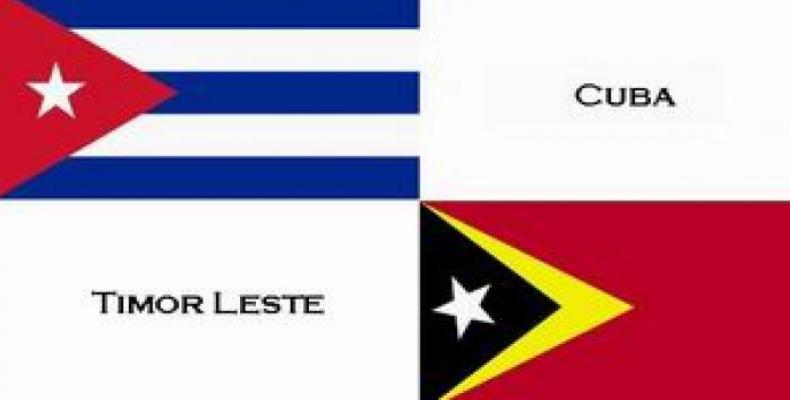 Havana, June 22 (RHC-PL)-- Timor Leste's Minister of State, Antonio da Conceição, has highlighted the collaboration his country has maintained with Cuba in the fields of education and health.

He recalled that since the beginning of the independence of that Southeast Asian nation,Commander-in-Chief Fidel Castro offered them the opportunity to send 1,000 young people to study medicine in Cuba, who are already working in their nation.

Timor-Leste now needs to give priority to teacher training, the coordinator of Social Affairs and Minister of Education told Granma newspaper.

According to da Conceição, there are currently 25 young people at the 'Enrique Jose Varona' Higher Education Institute; which was a result of his previous visit here, when an agreement on this issue was signed.

He stressed the importance of the Cuban literacy program 'Yo si puedo' (Yes, I Can) through which Timor-Leste was able to teach more than 193,000 people to read and write.

He praised the Faculty of Medicine of the National University, established in Timor Leste in 2005 through an initiative by the Cuban medical brigade and to which young people, who have trained as doctors in Cuba, return to give classes allowing the specialty to be studied on the island.