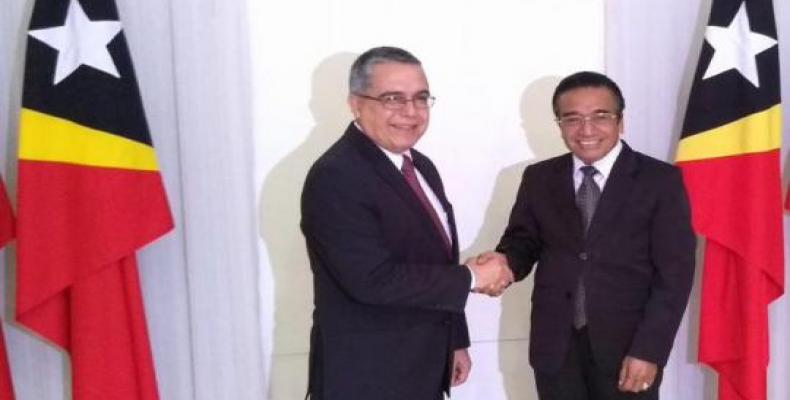 During the exchange, the two sides acknowledged the great importance they attach to bilateral relations, based on strong friendship ties. They expressed satisfaction with the consolidation of the political dialogue between the two nations and the state of cooperation links in areas like education and health, and reviewed also the possibilities of expanding these links to other areas of mutual interests.

The Cuban deputy foreign minister conveyed the appreciation of the Cuban people and government for the traditional support of East Timor for the Cuban people's cause against Washington's blockade policy at the United Nations and in other multilateral fora.

Cuba's largest brigade of health care professionals in the Asia and Oceania region is in East Timor.

The visit of the Cuban deputy foreign minister takes place at a time the Caribbean state is very close to fulfilling the promise made back in 2003 by Revolution leader Fidel Castro to train 1000 doctors from the southeast Asian nation. By December 2017, 934 physicians from the sister nation had graduated from Cuban medical schools.