Spanish Minister for Foreign Affairs and Cooperation to Visit Cuba 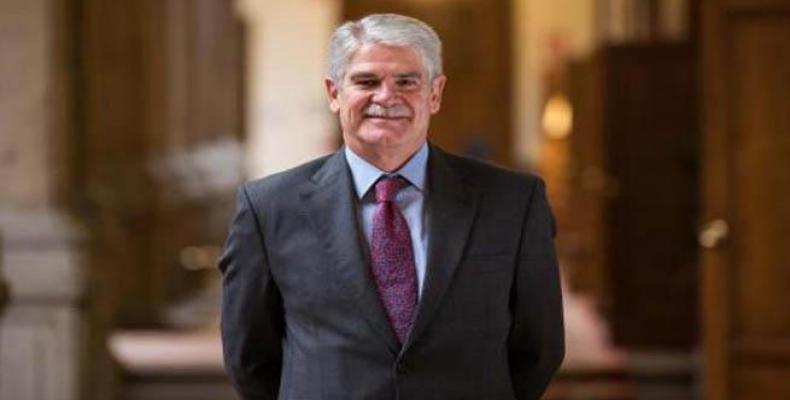 Havana, September 2 (RHC)-- The Minister for Foreign Affairs and Cooperation of Spain, Alfonso María Dastis Quecedo will pay an official visit to Cuba September 5th and 6th, the Cuban Foreign Ministry has said.

According to the official website of the Cuban Foreign Ministry, the visit aims to strengthen relations between the two nations, whose historical and cultural ties date back over five centuries.

Cuban Foreign Minister Bruno Rodríguez visited Spain last April, when he was received by the Head of the Spanish Government Mariano Rajoy at the presidential palace.

During his stay, the top Cuban diplomat met also with King Felipe VI and his Spanish counterpart, Dastis Quecedo.

The two foreign ministers met again last December, on occasion of the signing of the political dialogue and cooperation agreement between Cuba and the European Union.