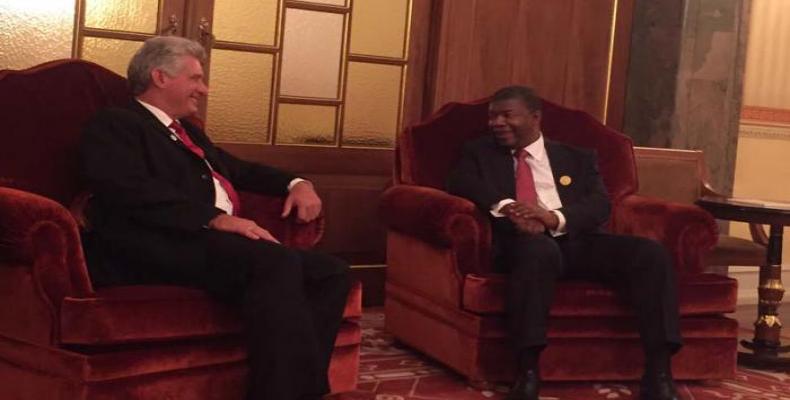 During the meeting, the two leaders recalled the historic ties of friendship shared by the people and governments of Cuba and Angola, reaffirming their intention of expanding political, economic and cooperative relations.

Díaz-Canel conveyed greetings and congratulations from President Raúl Castro, and thanked Angola for the position the country has always taken in support of lifting the economic, commercial, financial blockade imposed by the United States against Cuba.

For his part, the Angolan President thanked Cuba for attending and sent his greetings to his Cuban counterpart.