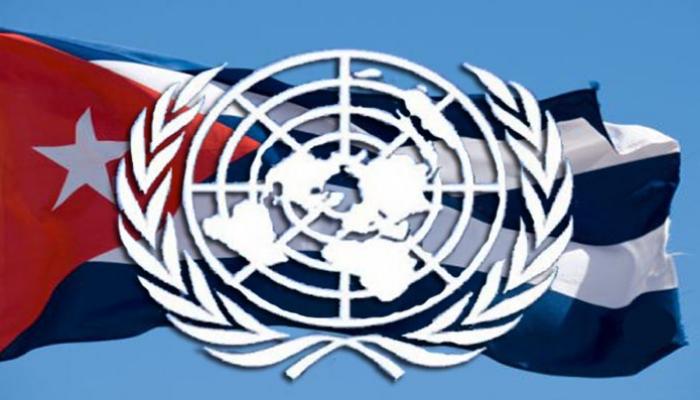 New York, October 27 (RHC-Minrex)-- Speaking at the General Debate of the Commission on Special Policy and Decolonization on Item 55: "Comprehensive review of the whole issue of Peacekeeping Operations (PKO) in all its aspects" of the Fourth Committee of the General Assembly of the United Nations, Cuban representative Yailin Castro Loredo, said that in Cuba’s opinion, the main responsibility of the United Nations for the maintenance of international peace and security, in strict compliance with the purposes and principles enshrined in its Charter, in particular that of sovereign equality, political independence and the territorial integrity of all States.

The Cuban diplomat called for respect and preservation of the basic principles established for the development of the PKO, such as impartiality, consent of the parties and non-use of force, except in cases of self-defense. She also recognized the Special Committee on Peacekeeping Operations as the only UN forum with a mandate to broadly analyze the issue of these operations.

According to Castro Loredo, in recent years, peacekeeping operations have become multidimensional operations, with increasingly wider and complex mandates that have sometimes brought about contradictions regarding the fundamental principles of peacekeeping. She added that the establishment of new and more complex peacekeeping operations cannot be a substitute for addressing and solving the root causes of conflicts, nor it is acceptable to use issues related to the protection of civilians and human rights in general, to achieve political objectives and interfere in the internal affairs of sovereign States.