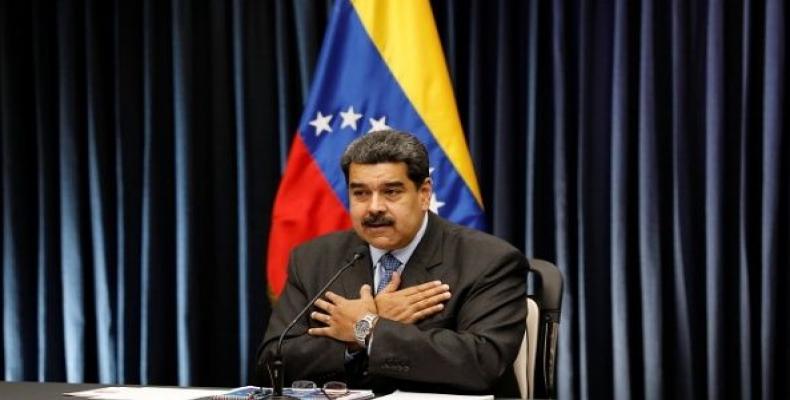 Caracas, September 20 (RHC)-- Venezuelan President Nicolas Maduro says he may not attend the annual U.N. general assembly meeting in New York over fear of his life.  During a press conference held in Caracas, the Venezuelan leader said he is unsure if he’ll go to the United Nations for safety concerns.

"You know they have me in their sights to kill me ... I want to go to New York but I have to take care of my security," Maduro said at a news conference, without elaborating.  Maduro has several times accused Venezuelan ex-military officers of conspiring to overthrow his government with the help of U.S factions based out of Florida.  The head of state has also said that Colombian right-wing factions are also to blame for the attempt on his life.

Venezuela's President survived an attack on his life during a military parade celebrating the 81st anniversary of the Bolivarian National Guard in the capital, Caracas on August 4th.  Seven soldiers were wounded in the assassination attempt.  Dozens of suspects have been arrested, including several military officials.

The New York Times reported on September 8th that U.S. officials met with Venezuelan military officers as part of an attempt by U.S. President Donald Trump's administration to carry out an intervention and a coup against Maduro's government.

In recent days, the Secretary-General of the Organization of American States (OAS) Secretary General Luis Almagro hinted toward military action against Venezuela. During a three-day visit to Colombia, the secretary general said: "As for a military intervention (in Venezuela) we should not rule out any option.  Diplomatic action is the place to start, but we must not rule out any actions."