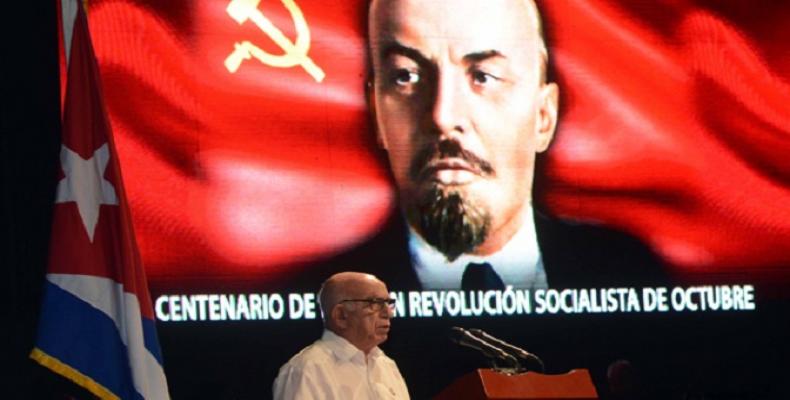 Addressing those present, Cuban Vice President José Ramón Machado Ventura described the October Revolution as one of the most transcendental events of the 20th century and a turning point in the history of humanity.

Machado Ventura recalled fragments of speeches by the historic leader of the Cuban Revolution Fidel Castro, in which he described Vladímir Ilich Lenin as an exceptional man, capable of fully understanding the Marxist theory of human nature.

The Cuban vice president highlighted Fidel's words spoken in 1970 on occasion of Lenin's 100th birthday anniversary when he said that “without the October Revolution of 1917, Cuba would have never become the 1st socialist country in Latin America.”