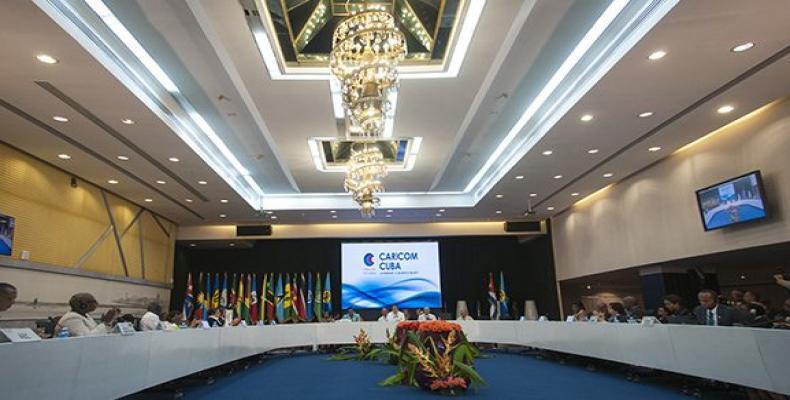 Heads of state and government of the CARICOM states and Cuba are converging there for the important meeting, which will be co-chaired by the Cuban head of state and the chairman of CARICOM, Prime Minister Dr Keith Mitchell of Grenada.

Friday's meeting marks 45 years of fruitful diplomatic and cooperation relations between the regional bloc and Cuba, begun on December 8th in 1972, when four then newly independent Caribbean states: Barbados, Trinidad and Tobago, Guyana and Jamaica simultaneously established diplomatic relations with Cuba in defiance of the diplomatic and trade blockade against Cuba, as mandated by the United States and Washington's puppet organization in the region --the Organization of American States (OAS). Since then, all member States of CARICOM have established diplomatic ties with Cuba.

A memorandum of understanding will reportedly be signed between the Caribbean Disaster Emergency Management Agency (CDEMA) and Cuba’s Agency for Civil Defense, which will provide opportunities for closer collaboration, especially following the devastating impact of the September 2017 hurricanes across the region, and the increased focus on climate change resilience.

Friday’s discussions will also review the status of the decades-old CARICOM-Cuba cooperation in commercial and economic areas. Trade relations between the two parties were strengthened in November 2017 with the signing of the second protocol to the CARICOM-Cuba trade agreement. The protocol expands reciprocal duty-free market access to more than 320 items including meat, fish, dairy products, fruits, vegetables, beer, rum, cement, soap and apparel.

Regarded by CARICOM countries as a significant development partner, Cuba has supported the Community in building its human resource capacity through scholarship programs offered in several areas of study, including health and medicine, sports, agriculture and trade.

The summit will conclude with the adoption of a CARICOM-Cuba joint declaration.