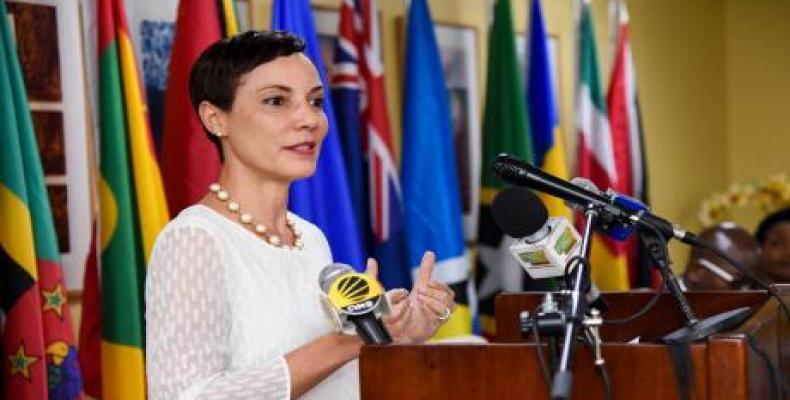 Kingston, July 2 (RHC)-- Cuban President Miguel Diaz-Canel will be one of the special guests of the 39th Regular Meeting of the Conference of Heads of Government of the Caribbean Community (CARICOM) slated for Kingston, Jamaica from July 4th through the 6th.

In a press conference, Jamaica's Minister of Foreign Affairs, Kamina Johnson Smith, said that Chilean President Sebastian Piñera, will be also a special guest of the meeting.

"We welcome both leaders with open arms and we hope to receive them here," said the Minister.

"They will have the opportunity to engage with other Heads of State in the context of the forum, and we look forward to strengthening our partnerships with both countries," she said.

Among the key issues of the event's agenda are crime and violence, disaster management and climate change, and the CARICOM Single Market and Economy (CSME).

The Conference of Heads of Government is the supreme organ of the Caribbean Community and determines and provides its political orientation.

The celebration of the conference in Jamaica this year is consistent with the regular system of rotation within CARICOM.

This event will be the first event organized by Prime Minister Andrew Holness after assuming the presidency of the Conference on July 1.