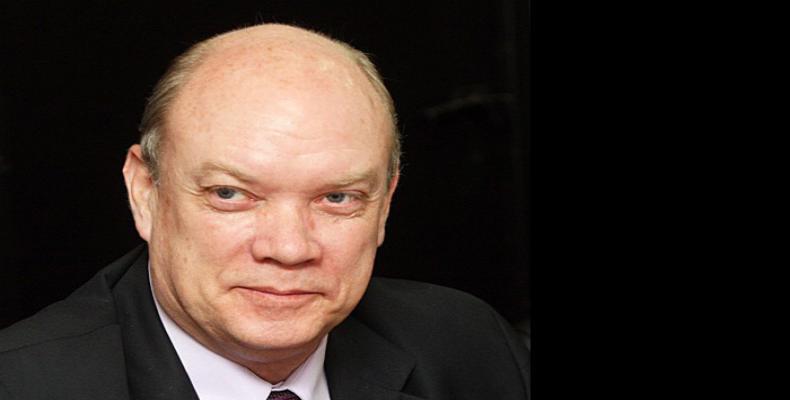 Paris, December 22 (RHC-Minrex)-- Rodrigo Malmierca Diaz, Minister of Foreign Trade and Foreign Investment, presented the 2017-2018 Portfolio of Investment Opportunities to more than thirty French companies and institutions interested in exploring the potentialities offered by the island market to increase exchanges with companies in Cuba.

According to the Cuban minister, the 2017-2018 Portfolio comprises 456 foreign investment projects in different modalities and sectors that, with initial pre-feasibility studies, are valued at more than USD 10 billion.

Malmierca said that, despite the difficulties that the economic, commercial and financial blockade of the US entails for the natural development of Cuba's economic relations with the world, since the entry of the new Law on Foreign Investment into force in 2014, they have managed to commit business for more than 4 billion dollars, with companies from twenty countries.

The meeting took place at the headquarters of the French Business Movement, MEDEF, an organization with which fruitful exchange and cooperation links have been maintained, and which has played a significant role in the mobilization of French companies to increase trade and commerce investment in Cuba.

The Cuban minister spoke about the good state of economic-trade relations between Cuba and France, which in February 2016 received an impulse with the signing of the Bilateral Economic Agenda, a road map that marks the objectives proposed by both countries for strengthening of institutional cooperation in the interest of increasing commercial exchanges and the presence of French companies in development projects in Cuba.

Christophe Fontaine, President of the Council of Business Managers of the MEDEF, welcomed the business opportunities for French companies presented by Cuba, and confirmed the interest in stimulating the increase of trade and business exchanges between both countries.