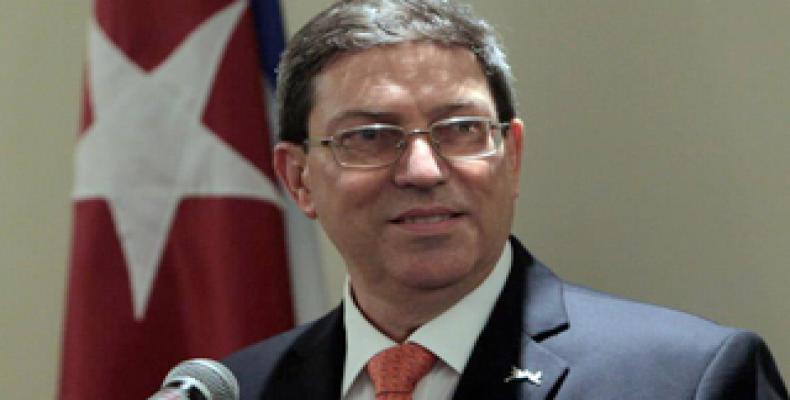 The encounter took place after the ceremony at the “March 13 “Park in Old Havana, where the 8.5-ton bronze sculpture stands on a black marble pedestal that immortalizes the Cuban National Hero, an exact replica of the piece located in New York City´s Central Park.

During the meeting, the Director of the Bureau of Consular Affairs and Cubans Residents Abroad (DACCRE), Ernesto Soberon Guzman, thanked Cubans of good faith residing in the United States who favor the island´s sovereignty.

Soberon took the opportunity to highlight the progress made in the increasing ties between the Island and its nationals residing abroad, as a result of the updating of its migratory policy.

The official added that these "growing links”, are a testimony of Cuban authority’s commitment to continue improving its relations with those born in Cuba who live in other countries.

DACCRE´s director pointed out that the meeting, taking place on the day 165th anniversary of the birth of the Apostle of Independence, was a great opportunity to recognize those Cuban migrants who, together with US citizens and Cuban and US institutions, made possible the unveiling in the Cuban capital of an extraordinary monument in memory of Jose Marti.