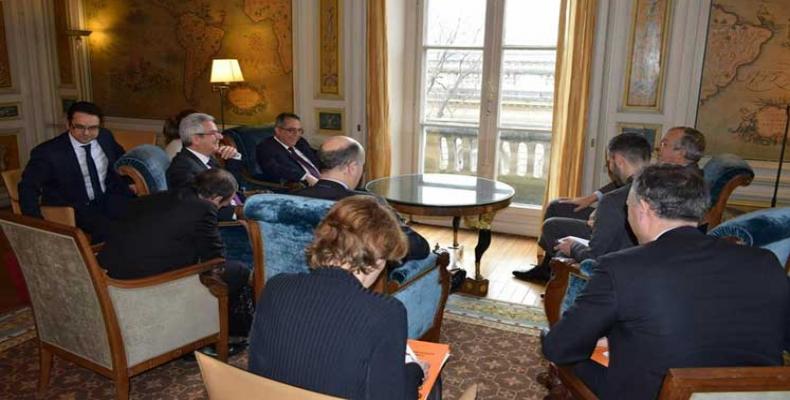 Both officials expressed a common interest in further advancing bilateral ties, which gained a new momentum with the visit to Havana of former President Francois Hollande in May 2015 and the subsequent visit of President Raúl Castro to Paris in February 2016.

At the meeting, the two delegations touched on bilateral issues and other on the international agenda, particularly the situation in Latin America, the Caribbean, Europe and the Middle East.

The senior diplomats from Cuba and France agreed on the potential to advance trade and economic links, as well as academic exchanges in areas like the environment, science and technology, culture, sports, tourism and higher education.