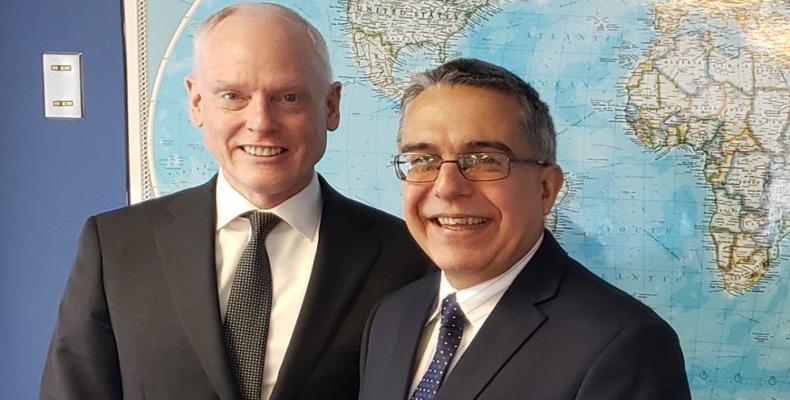 According to Josefina Vidal, Cuba's Ambassador to Canada, in the meeting - described by the diplomat as cordial and productive - both representatives discussed the current Cuba-Canada relations.

As part of his program of activities in that nation, the first deputy foreign minister participated in the celebration of the 75th anniversary of the establishment of diplomatic relations between the two governments.

Likewise, a fruitful meeting with Cubans living in Canada took place, where the willingness to continue the process of strengthening ties with nationals abroad was reaffirmed.