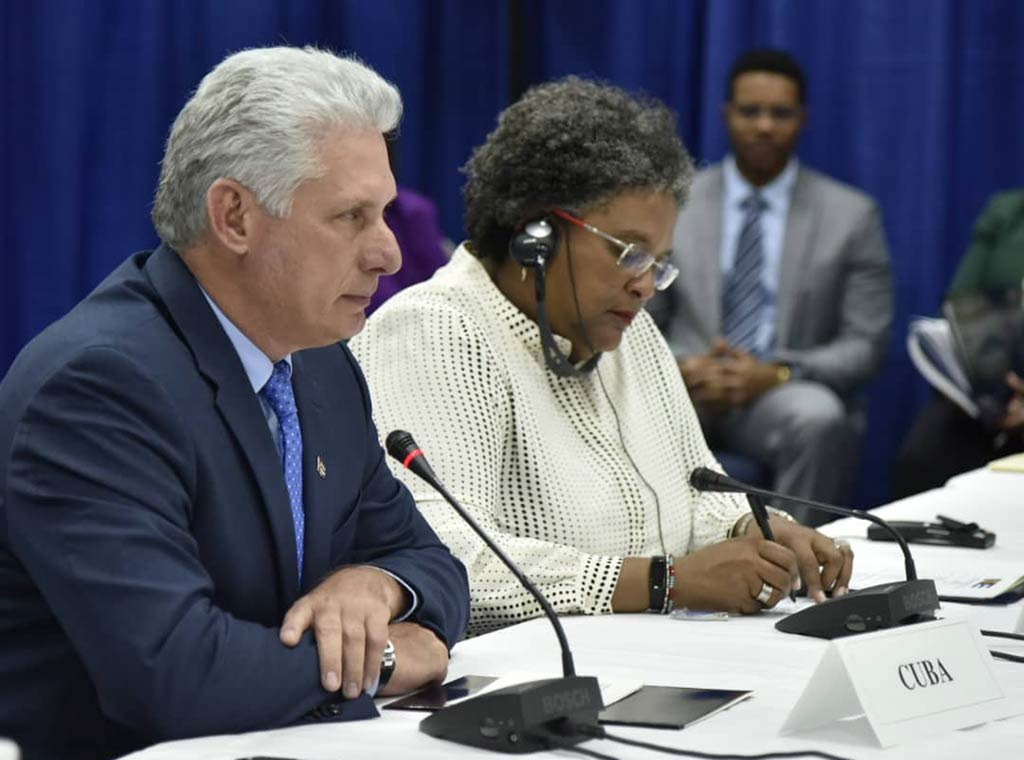 Bridgetown, Dec 6 (RHC) President Miguel Díaz-Canel described the 8th Caricom-Cuba Summit, to be held in Barbados, as a reunion between brothers of the region to strengthen ties of friendship.

From his official Twitter profile, the Cuban leader also mentioned that this space will consolidate the expressions of mutual support, solidarity, and cooperation for the welfare of the people of the Caribbean Community.

For his part, Cuban Foreign Minister Bruno Rodríguez assured that this scenario will ratify principles of brotherhood, gratitude, and help in the face of common challenges and collaboration, "which guide our fraternal relations and the perpetual commitment to a United Caribbean".

Díaz-Canel will attend this meeting that commemorates the 50th anniversary of the establishment of diplomatic ties on December 8, 1972, between Havana and four independent territories in the area: Barbados, Guyana, Jamaica, and Trinidad and Tobago.

The meeting of the bloc made up of 15 non-Spanish-speaking island and continental states, will also commemorate the two decades of the Caricom-Cuba Day, established on December 8, 2002, when one of these meetings was held for the first time in the largest Antillean Island.

Regarding the decision of Bridgetown, Georgetown, Kingston, and Port of Spain, the historic leader of the Cuban Revolution, Fidel Castro: "it constituted a fundamental step towards breaking the diplomatic and commercial blockade against Cuba in the region and a breakthrough against isolation (...)". (Source: PL)