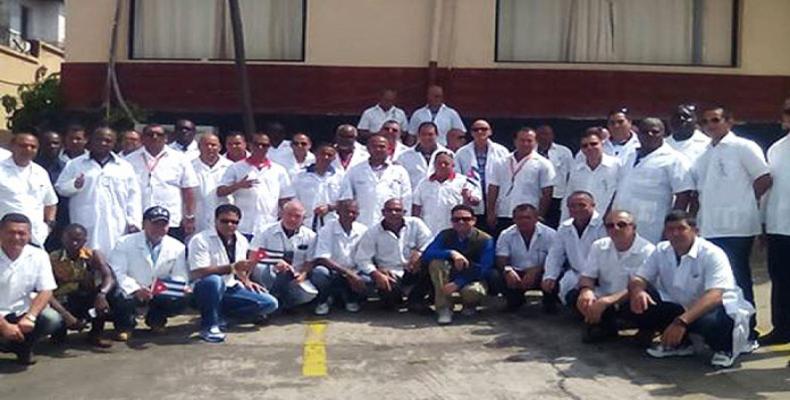 Monrovia, July 17 (RHC)-- In the framework of a cordial meeting held between the Liberian Vice Chancellor, Elias Shoniyin and Cuba's Charge d'Affaires, Yordenis Despaigne Vera, the latter delivered a congratulatory message from the Cuban government to its Liberian counterparts for the upcoming 171st anniversary of the independence of Liberia, on July 26th.

The Cuban diplomat extended messages from both President Miguel Diaz-Canel Bermúdez to his counterpart George Manneh Weah, and Foreign Minister Bruno Rodríguez Parrilla to his counterpart Gbehzonghar Milton Findleyn, congratulating the African nation for its independence and reiterating the willingness to continue strengthening the bonds of friendship between both nations. He also conveyed the gratitude of the Cuban head of state, on behalf of the government and people of the Caribbean island, to George Weah for his condolences in the face of the tragic plane crash in Havana on May 18th.

During the exchange, Shoniyin highlighted the strong, symbolic and very long-standing relations between both countries. Other issues on the bilateral agenda were addressed.