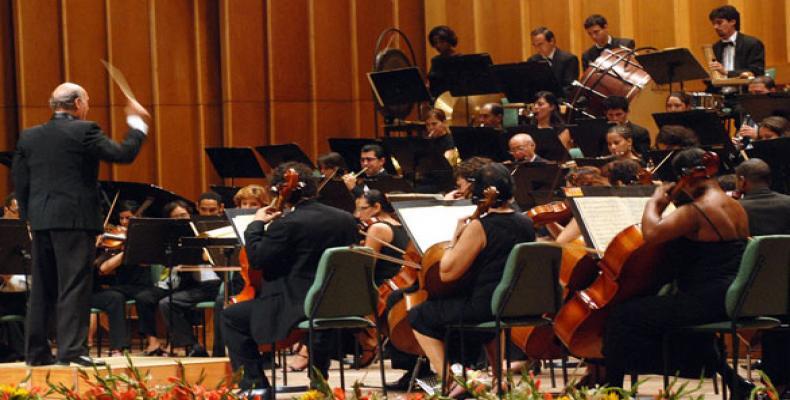 Cuban President, Raúl Castro, sent a message to the National Symphony on the occasion of the orchestra’s 55th anniversary.

Shortly before the anniversary concert started within the framework of Havana’s 27th Contemporary Music Festival underway in the Cuban capital, Cuban Culture Minister, Julián González, handed a letter in which Raúl Castro stressed the role that the musical entity has played in the promotion and defense of the island’s patrimonial values.In his letter, Castro described the establishment of the National Symphony in 1959 as an early example of how important it was for the rising Revolution to develop culture and art.

National Symphony Director, maestro Enrique Pérez Mesa, highlighted that the Cuban President’s words renew the institution’s commitment with the creation and memory of its founders