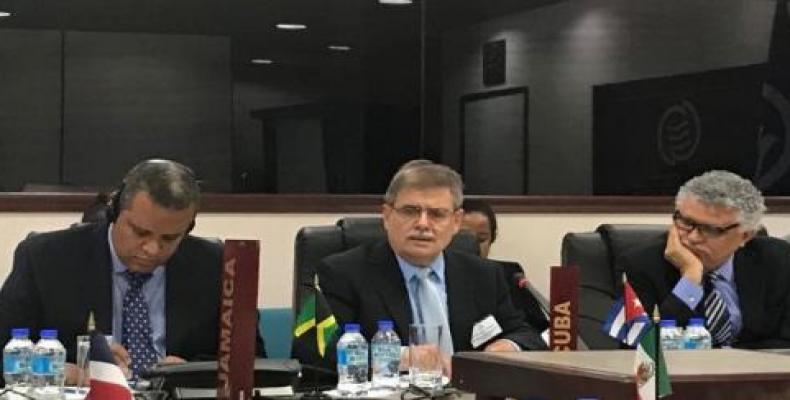 Port of Spain, August 2 (RHC)-- The Cuban permanent representative  before the Association of Caribbean States (ACS), Guillermo Vázquez Moreno, presided over the country's delegation at the 9th extraordinary meeting of the ACS Ministerial Council in Port of Spain, Trinidad and Tobago.

The meeting, attended by all ACS members, debated and approved the terms of office for the new ACS directors, to be chosen during the upcoming Council of Ministers session. The approval of the new terms constitute one of the main aspects of the ACS's new structure, which was agreed upon at the organization's 7th Summit of Head of States and Government, held in June of 2016 in Havana.

Addressing the extraordinary meeting of the ACS Ministerial Council in Trinidad and Tobago, Vázquez Moreno confirmed Cuba's support for the ongoing revitalization process of the regional bloc, as well as the island's commitment to the approved ACS's work plan.