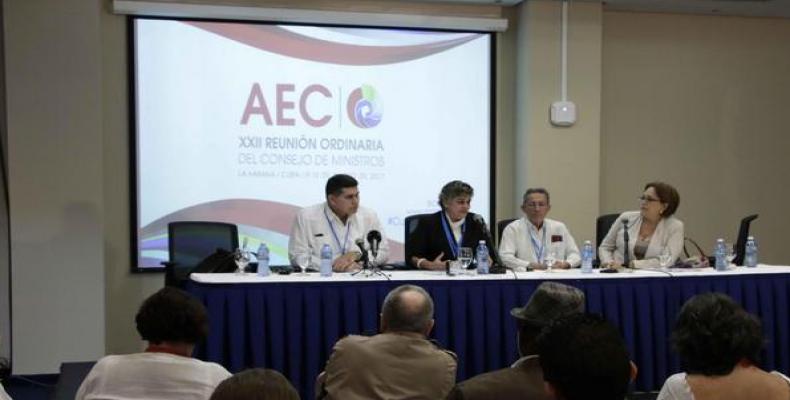 Havana, March 9 (RHC) – Top officials of the Association of Caribbean States meeting in Havana on Thursday reviewed the documents that will be presented to the Association's Ministerial Council here tomorrow.

Thursday' s agenda included a meeting with representatives of the Cuban Ministry of Foreign Trade and Investment, and executives from the Special Development Zone of Mariel.

Havana was also the venue this Tuesday of the Association of Caribbean States' first Cooperation Conference, during which seven projects were presented, covering among other areas sea and air transportation and climate change.

The issue of coastal erosion was specifically highlighted by Association of Caribbean States's General Secretary June Soomer, who highlighted that the erosion of the sandy coasts was one of the issues discussed and which was supported by most member countries.