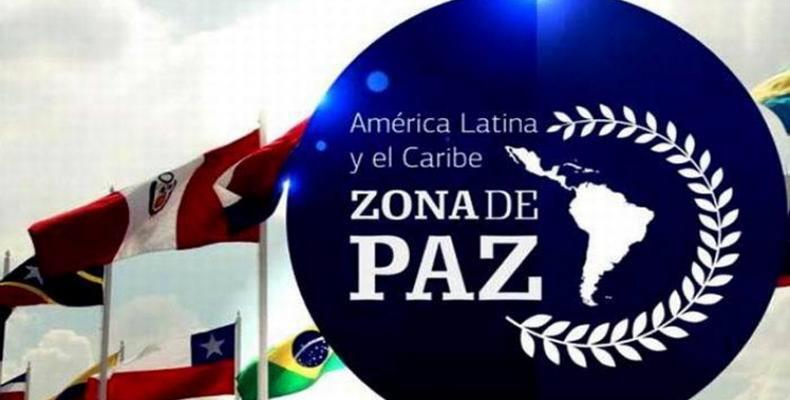 Havana, September 21 (RHC)-- The Second Seminar 'Realities and Challenges of the Proclamation of Latin America and the Caribbean as a Zone of Peace' is closing its sessions Friday with an appeal to face the growing aggressiveness of the United States to destabilize the region.

Delegates from 10 countries attending the academic event expect the final declaration to become a commitment to defend the regional agreement signed in January 2014 in Havana by the 33 member states of the Community of Latin American and Caribbean States (Celac).

Cuban scholars told Prensa Latina that the agreement represents an obstacle to the hegemonic interests of the United States and its imperial project of destabilization in the subcontinent.

Luis René Fernández, researcher at the Center for Hemispheric Studies and the United States (Cehseu), illustrated Washington's actions to undermine that agreement, which advocates for the defense of peace for the supreme wellbeing of the region´s people.  The lecturer at Havana University encouraged participants to redouble the actions for the preservation of unity, because, he said, it is one of the main strengths vis-a-vis the U:S: interventionism in Latin American and Caribbean States.

Meanwhile, Bolivia´s Ambassador to Cuba, Juan Ramón Quintana, detailed the war scenario that threatens the subcontinent through the U.S. Southern Command.  The diplomat noted that in its permanent threat to the region, Washington is using Colombia as a militarized platform together with Brazil, Chile and Argentina; to conduct drills on possible war scenarios in Venezuela, Bolivia and Nicaragua.

Roberto Yepe, professor at the Higher Institute of International Relations, venue of the Seminar, made reference to the noticeable increase of aggressive policies by the Trump Administration against Cuba to please the most conservative sectors of the Cuban-American right.

He also predicted an increase in Washington's aggression toward the island and, consequently, a further deterioration in bilateral relations.