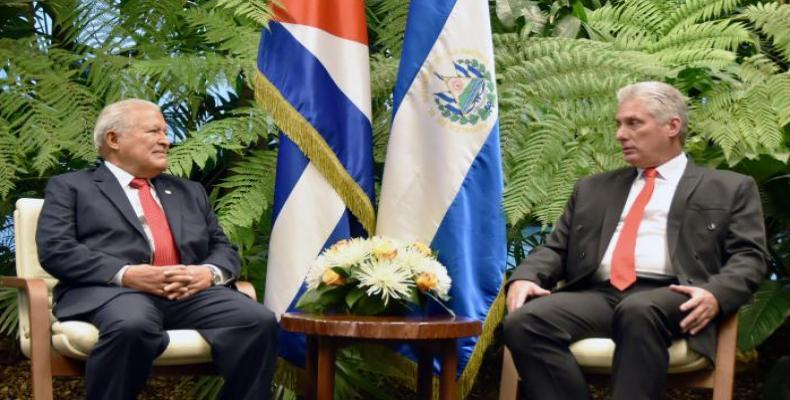 After the official welcoming ceremony, both dignitaries reviewed the state of bilateral ties and the regional situation.

During the exchange, Díaz-Canel and Sánchez Cerén expressed their satisfaction with the state of bilateral relations, which they said reflect the bonds of friendship between both governments and peoples, and voiced a common interest in further strengthening trade and economic ties.

Prior to his meeting with the Cuban president, the Salvadorian head of state paid homage to Cuban National Hero José Martí, at Havana's Revolution Square.

Diplomatic relations between Cuba and El Salvador were reestablished in June of 2009, following the assumption of the Farabundo Martí National Liberation Front (FMLN) to the presidency in the Central American nation. Ever since, the two countries maintain have worked toward strengthening cooperation ties in areas such as health, education, culture, agriculture and the environment.