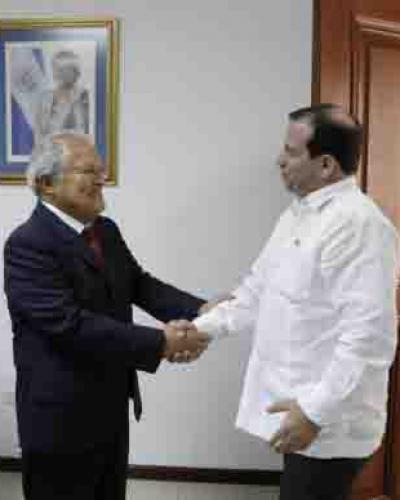 During the exchange, both dignitaries debated aspects related to bilateral ties, and the complex regional and international situation. Sánchez Cerén praised Cuba's internationalism. He highlighted what he described as 'Cuba's invaluable contribution to several social programs launched by his government in sectors like health, education, culture and sports.'

González, one of the Cuban Five, who spent long, unfair sentences in the U.S. for fighting terrorism, visited El Salvador to participate in the 2nd Central American Meeting of Solidarity with Cuba, which gathered activists from the region and beyond.