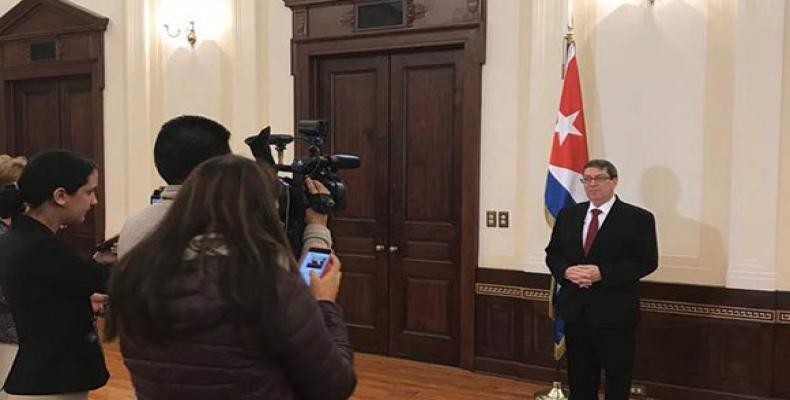 According to remarks to the press Tuesday, Cuban Foreign Minister Bruno Rodriguez said that the U.S. government remains committed in its wish to create greater tensions and increase hostility with Cuba, with an attempt to change the nature of the resolution.

He recalled that the US State Department had originally presented a text of eight paragraphs of amendments to the resolution.

But he added that now it has divided that document into eight separate amendments that will be submitted Wednesday for approval at the UN General Assembly.

Rodriguez said that with this action, the US delegation seeks to distract, consume time, create confusion and hinder the adoption of the resolution, which it wants to turn it into a document that contains attacks against Cuba in the field of human rights.

He recalled that Cuba has presented this draft resolution in the past 26 years and he stressed that this time, the United States is seeking to disguise the purpose of the blockade, which is 'the most flagrant and systematic human rights violation suffered by the Cuban people."

“The U.S. delegation knows that it cannot prevent the adoption of a strong resolution, with a practically unanimous majority of the General Assembly… but in its impotence, it has not found another way than trying to modify its text in an opportunistic and disguised manner.“

The foreign minister stressed that Cuba is confident that the US-proposed amendments will be rejected and that the resolution will receive overwhelming majority support, as has happened in the past.