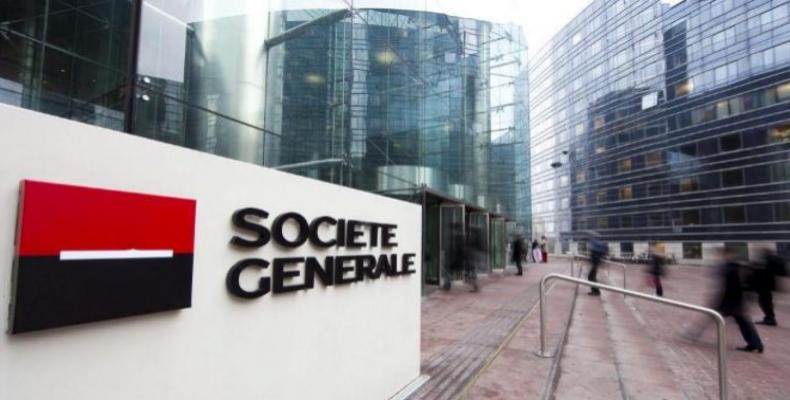 Washington, November 20 (RHC)-- The tightening of the U.S. blockade of Cuba by the Donald Trump administration has targeted France's giant Societe Generale bank by fining that institution a total of 1.4 billion dollars for having violated what the U.S. State Department has labeled as the "comprehensive embargo on Cuba" and sanctions on other countries.

"We acknowledge and regret the shortcomings that were identified in these settlements, and have cooperated with U.S. authorities to resolve these matters," the bank's Chief Executive Frederic Oudea said in a statement.

According to a Reuters report, the French bank used billions of dollars in transactions between 2003 and 2013 to countries which are under unilateral U.S. sanctions, such as Iran, Sudan, Libya and Cuba.

The $1.34 billion in penalties is the second largest imposed on a bank for violating U.S. blockade of Cuba and sanctions on other countries.  In 2015, the French BNP Paribas agreed to pay $8.9 billion in a settlement on so-called sanction violations.