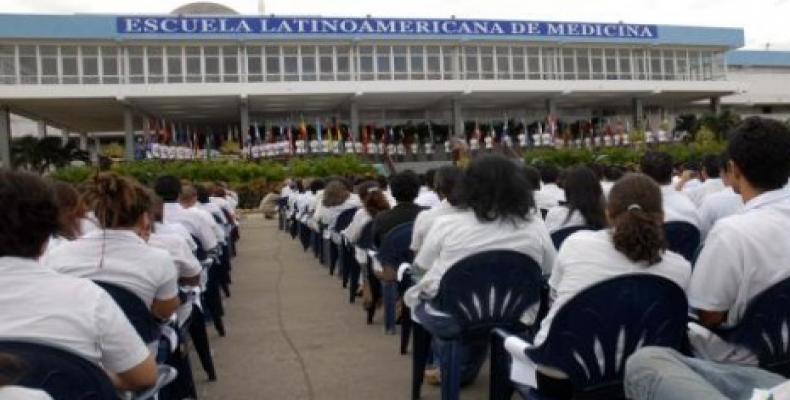 Havana, November 21 (RHC)-- Students, professors and health authorities continued on Wednesday the celebrations for the twentieth anniversary of the Latin American School of Medicine – known as ELAM, for its Spanish language acronym.  This medical school has inspired the professional and humanistic work of thousands of doctors that have graduated from that educational center.

With a current enrollment that exceeds seven thousand students from 24 countries in Latin America and the United States, the school is celebrating its anniversary with the completion of the virtual forum, entitled “ELAM 20 years creating dreams.”

More than dreams, the reality is that this medical institution, as stated by Fidel Castro, is devoted to the most noble and humane of trades: saving lives and preserving health.

As a scientific-pedagogical project, the Latin American School of Medicine constitutes in itself a history of fraternity and solidarity between Cuba and countries from all latitudes, since more than 28,500 doctors from 105 nations have graduated from the school.