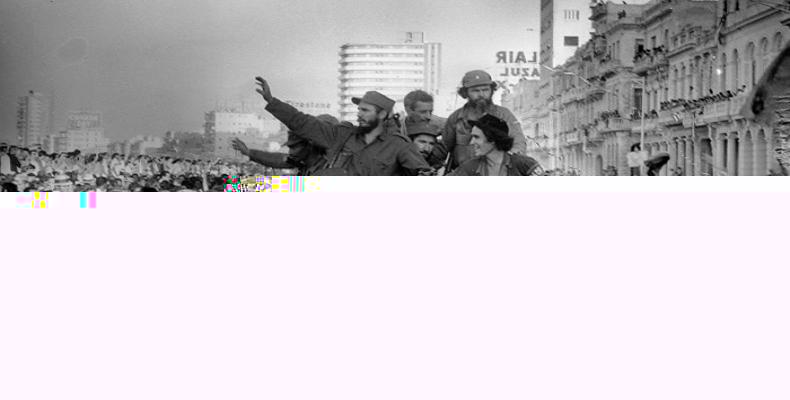 Havana, January 8 (RHC)-- The 60th anniversary of the arrival in Havana of the historic leader of the Cuban Revolution, Fidel Castro, and the Caravan of Freedom was celebrated Tuesday in a ceremony held in the Cuban capital.

Young people have been re-staging the Caravan of Freedom along its route from Santiago de Cuba to Havana.  The convoy left Santiago on January 2nd, traveling from east to west, and arrived in the capital on Tuesday, January 8, just as Fidel and the Rebel Army did 60 years ago.

“I think this is a decisive moment in our history: tyranny has been overthrown.  The joy is immense.  And yet, much remains to be done.  We cannot deceive ourselves, believing that everything will be easy from now on; perhaps in the future everything will be more difficult,” said the Cuban leader on January 8th 1959 after his arrival in Havana.