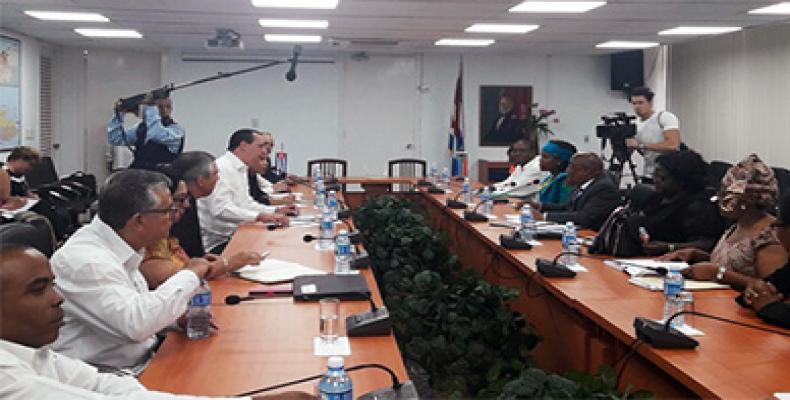 Havana, March 5 (RHC)—South Africa´s minister of Health, Pakishe Aaron Motsoalidi, has described as a milestone the signature of an agreement with Cuba renewing cooperation in health and training of human resources in the field,

“It is not that cooperation has not been relevant until now, but it is happening at a time when we are about to change our health system”, said the South African minister.

'Health care in my country is focused on curing and, as in most countries, it is charged for it,  ' he added.

The South African minister acknowledged Cuba´s primary care approach, a topic on which he was briefed by his Cuban counterpart, Dr. José Angel Portal Miranda.

Among the results of Cuba are a life expectancy of almost eight decades, and an infant mortality rate below five per one thousand live births.

The island has also been recognized as the first country free of the transmission of syphilis and congenital HIV, validated by the World Health Organization and the immunization of small children against 13 preventable diseases.

The South African Minister of Health said that it is a dream for them to reach such indicators, but that they are on the way.

The Cuban Health Minister, for his part, ratified Cuba's willingness to collaborate with South Africa in the fight against malaria, as well as in the development of products, technologies and training of professionals to face health problems in the region.

'We will never disappoint the legacy of Fidel and Mandela,' the Cuban minister said before signing the renewal of the agreement.