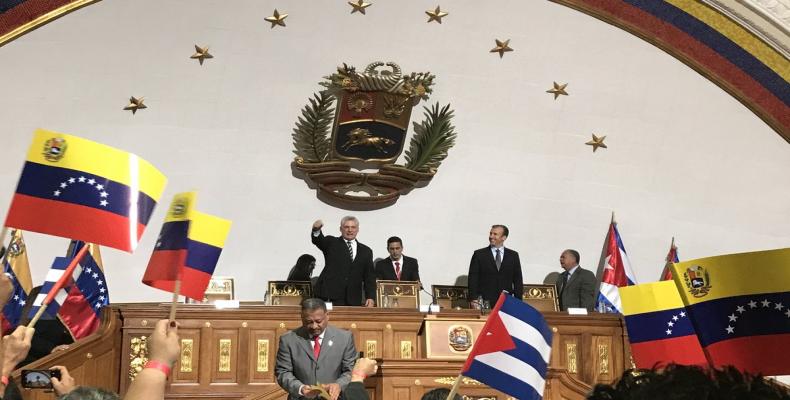 Caracas, May 30 (RHC)-- President Miguel Díaz-Canel confirmed Cuba's unwavering support for and solidarity with the Venezuelan people and their constitutional President Nicolás Maduro.

The Cuban president is paying an official visit to Venezuela, his first trip abroad since he assumed office as the new Cuban head of state on April 19th.  Upon his arrival, Díaz-Canel took the opportunity to again congratulate Maduro on his landslide victory in the elections held in the South American nation last May 20.

”The victory of Venezuela is actually the victory of all of Latin America,” said Díaz-Canel in a direct reference to Maduro's re-election as Venezuelan president.  He added: “Maduro's victory is also ours.  Cuba's support for the Bolivarian Revolution is and will always be unbreakable.”