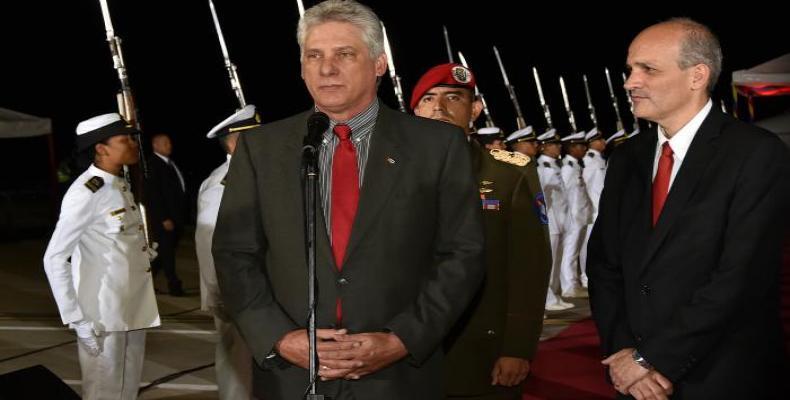 Caracas, January 10 (RHC)-- Cuban President Miguel Díaz-Canel is in Venezuela to participate in the swearing-in ceremony of constitutional President Nicolás Maduro Moros, legitimately re-elected by the Venezuelan people on May 20, 2018.

Díaz-Canel will reiterate the solidarity and support of the Cuban people and Government to Maduro in his new term as head of the Venezuelan Government and to the civic-military union of the Bolivarian people.

The occasion will be propitious to reaffirm the excellent relations between the peoples and governments of Venezuela and Cuba.