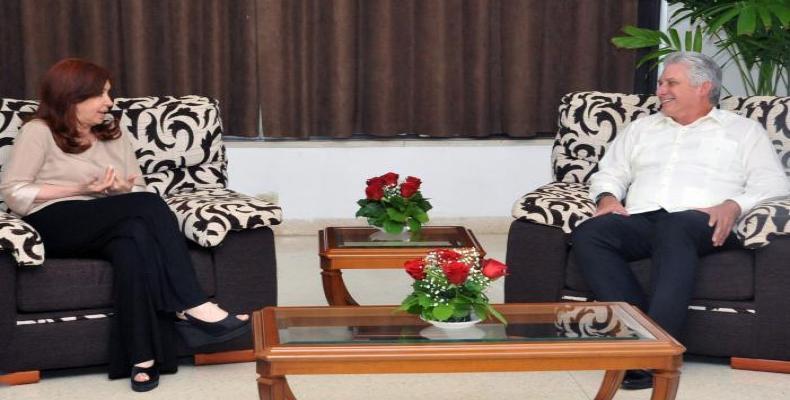 Havana, March 19 (RHC)- Cuban President  Miguel Díaz-Canel Bermúdez, met Tuesday with the  former President and senator of Argentina, Cristina Fernández de Kirchner, who is on a  private visit on the island.

During the fraternal meeting they exchanged about the most recent events in the region, and agreed on the need to preserve Latin America and the Caribbean as a Zone of Peace.
Previously, on Monday afternoon, the distinguished visitor was received by Army General Raúl Castro Ruz, First Secretary of the Central Committee of the Communist Party of Cuba.

Foreign Minister Bruno Rodríguez Parrilla was present at both meetings.

Former Argentine President Cristina Fernandez de Kirchner arrived on Thursday in Havana, in a private visit to meet her daughter  Florencia, 29, who  is receives medical attention in Cuba.