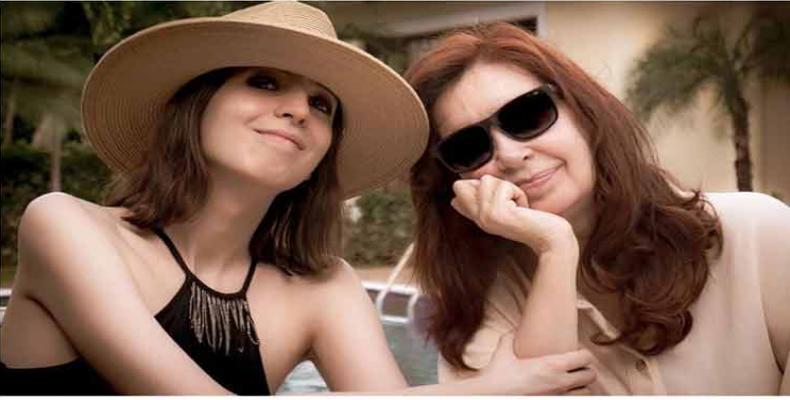 Havana, March 21 (RHC)  Cristina Fernández de Kirchner, announced on Friday that she is returning to Argentina from Havana with her daughter Florencia Kirchner.

The Argentinean vice president announced her decision on a tweet, where she stated that her daughter and her doctors "have managed to regain some of her lost health and had been working on their return home for some time."

The former president thanked the support of Cuban health professionals, in the recovery process of  Florencia.

The young woman has been in Havana for the last year, receiving treatment for post-traumatic stress and lymphedema in her legs, which is caused by an obstruction in the lymphatic system.

Fernández de Kirchner wrote on Twitter that even if she had a hundred lives, they would not be enough to express her gratitude to "this Cuba of solidarity, punished by the powerful; but dignified and proud."

She also expressed her admiration for the island and the firm stance it took when her family was victims of media persecution.