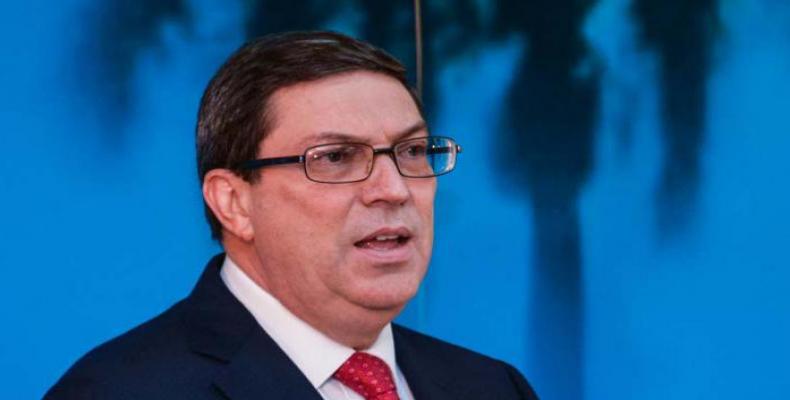 Havana, March 23 (RHC) – Cuban Foreign Minister Bruno Rodriguez denounced new threats by the U.S. government against Venezuela, which has not ruled out military intervention in the South American country.

'The U.S. continues to peruse its aims in Venezuela. The economic war is intensifying. It threatens 'tougher sanctions'. It attacks the country with unconventional methods and insists that 'all options' are possible,' he warned on Twitter.

Rodriguez stated that the Bolivarian Revolution will resist Washington's aggression, which experts believe is aimed at seizing\ Venezuela's oil reserves, the largest in the world.

In recent days, top U.S. officials have threatened tougher sanctions while measures were announced against Minerven, the nation's largest mining company.   Meanwhile, President Donald Trump reiterated that all options remain on the table, leaving open the possibility of a military intervention in Venezuela.