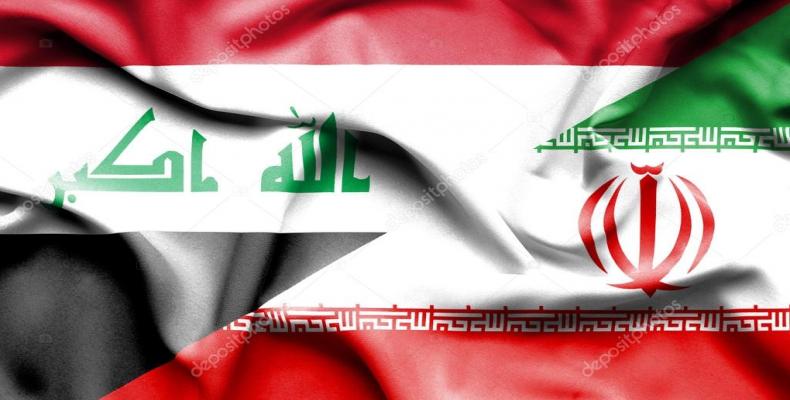 Baghdad, May 27 (RHC)-- Iraqi Foreign Minister Mohammad Ali Al-Hakim said at a joint press conference with his Iranian counterpart Mohammad Javad Zarif on Sunday that Iraq will not support any military action against its eastern neighbor.

"We stand by our neighbor Iran, and economic sanctions are unnecessary and cause great suffering to the Iranian people," Hakim said.  In response, Zarif said: "We are currently repelling all the efforts of war against Iran, whether economic or military," adding "we will face them with strength and we will resist."

At a separate meeting with Zarif on Saturday evening, Iraqi Prime Minister Adel Abdel Mahdi warned of the "danger of war."  Abdel Mahdi pleaded for the "stability of the region and the upholding of the nuclear deal," referring to a 2015 agreement between Tehran and major powers.

Iraqi President Barham Salih discussed with Zarif "the need to prevent all war or escalation," his office said.

Zarif's visit to Baghdad came just after the U.S. military announced that they would be deploying another 1,500 soldiers to the Middle East.  This move was approved by the Trump administration, which has been increasingly aggressive in their rhetoric towards Iran and their allies.