Cuban Foreign Minister is in Russia on official visit 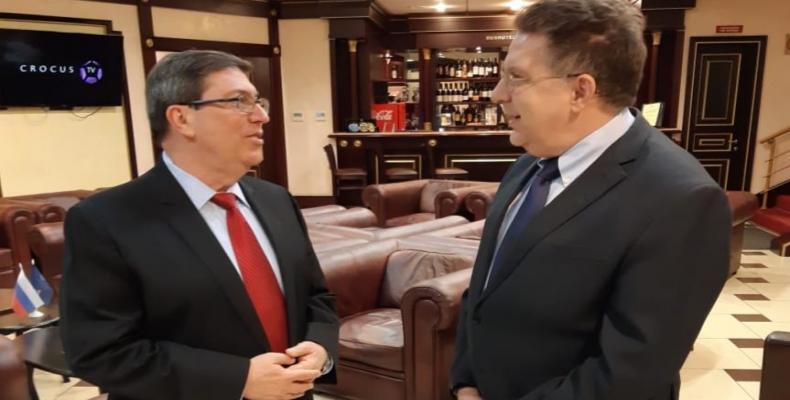 Moscow, May 25 (RHC)-- Cuban Foreign Minister, Bruno Rodriguez Parrilla, has arrived in Moscow for an official visit to the Russian Federation.

Hours after his arrival late on Friday, in a tweet, Rodriguez said relations between Russia and Cuba consolidated in 2018 with the official visit to the capital by president Miguel Diaz-Canel, when economic projects advanced in priority sectors and political dialogue at the highest level were strengthened.

The Cuban top diplomat recalled that Russia is a country with which Cuba has strong friendship and excellent bilateral relations, as well as a high level of coincidence in topics of the international agenda.

The Russian Foreign Ministry informed that the visit will last until May 28.

Earlier in the day, in Brussels, the Cuban foreign minister met with the High Representative of the European Union (EU) for Foreign Affairs and Security Policy, Federica Mogherini.

According to Prensa Latina news agency, their conversation delved into bilateral relations and the situation in the Latin American region.

The Cuban top diplomat said on Twitter that during the cordial meeting with Mogherini he praised the EU’s position in rejecting the Helms-Burton law imposed by the United States against Cuba, and commended the positive results achieved through the EU-Cuba Political Dialogue and Cooperation Agreement, signed in 2016.