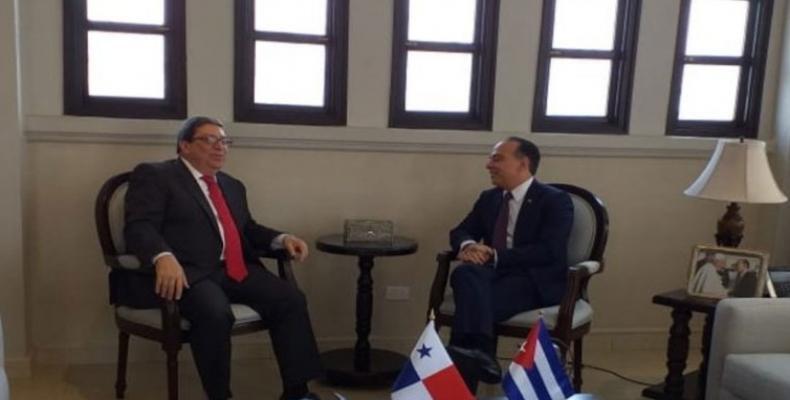 At the Panamanian Foreign Ministry headquarters, both diplomats highlighted the good state of bilateral relations, as well as the willingness to expand the links between the two governments.

As part of his first official visit to Panama, Rodriguez Parrilla held a meeting on Thursday with members of the Association of Cuban Residents in Panama and with the Cuban state mission in that country.